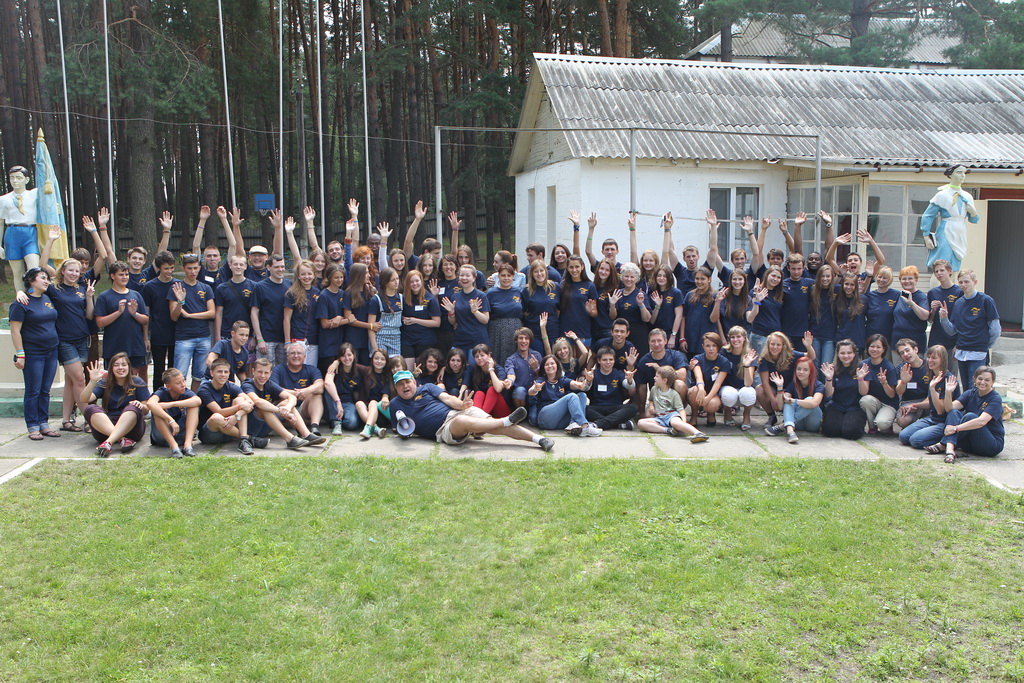 Time about which young people will never regret – it’s the time spent in the English camp! If you want to see this by yourself, reserve a place for the next summer right now! We guarantee you indescribable days in the company of the Americans and Ukrainians. This is the time of fun and games, role-playing transformations and creating masterpieces in a couple of hours. This is the time of training English and friendliness!

Every day the campers practiced morning physical and spiritual exercises which helped them to improve not only the health, but also the state of their souls. English lessons and daily contact with American teachers through entertainment raised the campers’ level of knowledge. Seven days young people listened about God and the meaning of life. This camp changed the worldview and views of the participants on critical issues of our society, clarified the concept of religion, true faith and relationships with God. Every evening there was time of various competitions and games when campers got acquainted, made new friends and just had fun. Themed days devoted to the United States of America and Ukraine had special programs and were different from others. On the Ukrainian day camp inhabitants were treated with salo and borsch in the dining room, in the central hall they were met by improvised Galina and Petro, constructed with mops, pillows and dressed in a traditional clothing. Bright moments that are hard to forget were Ukrainian “Harlem Shake” by leadership team and the song “Ty zh mene pidmanula” (“You deceived me”) performed by American friends. American Day pleased campers with fun costumes and songs, hot dogs and chips, as well as an evening program called «Hollywood». It is here, in the English camp in Chernihiv, where new movies and scenarios are born, inimitable stars rise and young directors become famous.

To achieve a discipline an action “Earn bodriks – go to the store” was held. Bodriks, or rather camp currency, named in honor of an executing director Andrew Bodrov, provided the competition of teams throughout all period of the camp.

For the first time, “Inspector” (Ukrainian TV-show) was held in rooms of girls and boys. The most interesting episodes and news were shown publicly at the club.

There was no time to be bored not only for the organizers of the camp, but for all the campers as well. Sport games with small injuries and big victories, quest with a treasure hunting under the rain, daily skits and interesting illustrations for the Bible lessons, team time and performances of the musical band «From The Inside», photos and videos – all of this and even more created the atmosphere of an exciting adventure. None of days was similar to the previous one. Last night was special for all because of a big fire and a united grilling of marshmallow, playing a Stream, as well as tears of saying “goodbye” and joy.

At the end we would like to thank the American and Ukrainian teams who organized it all, as well as the campers themselves, because without them there would be no camp!