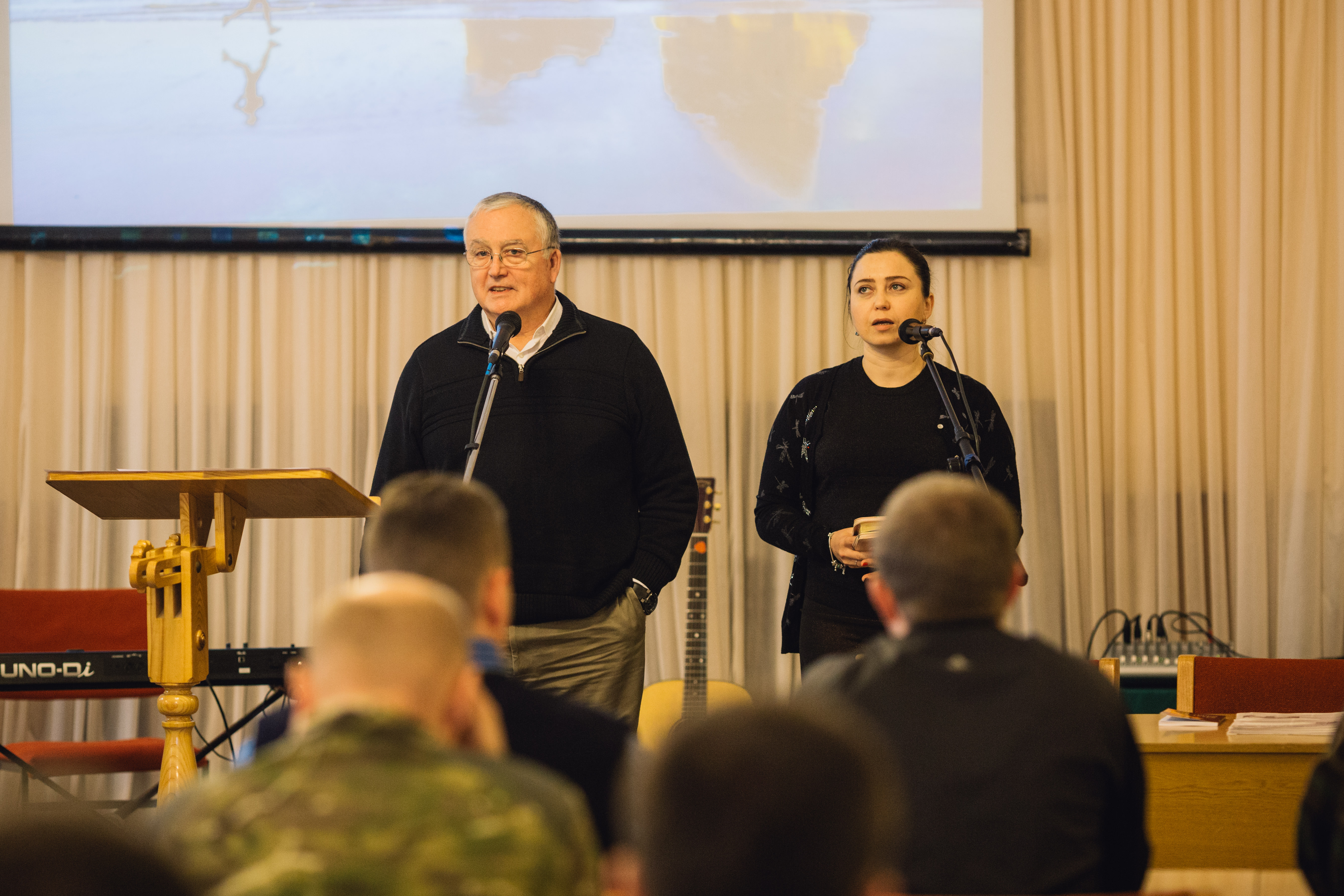 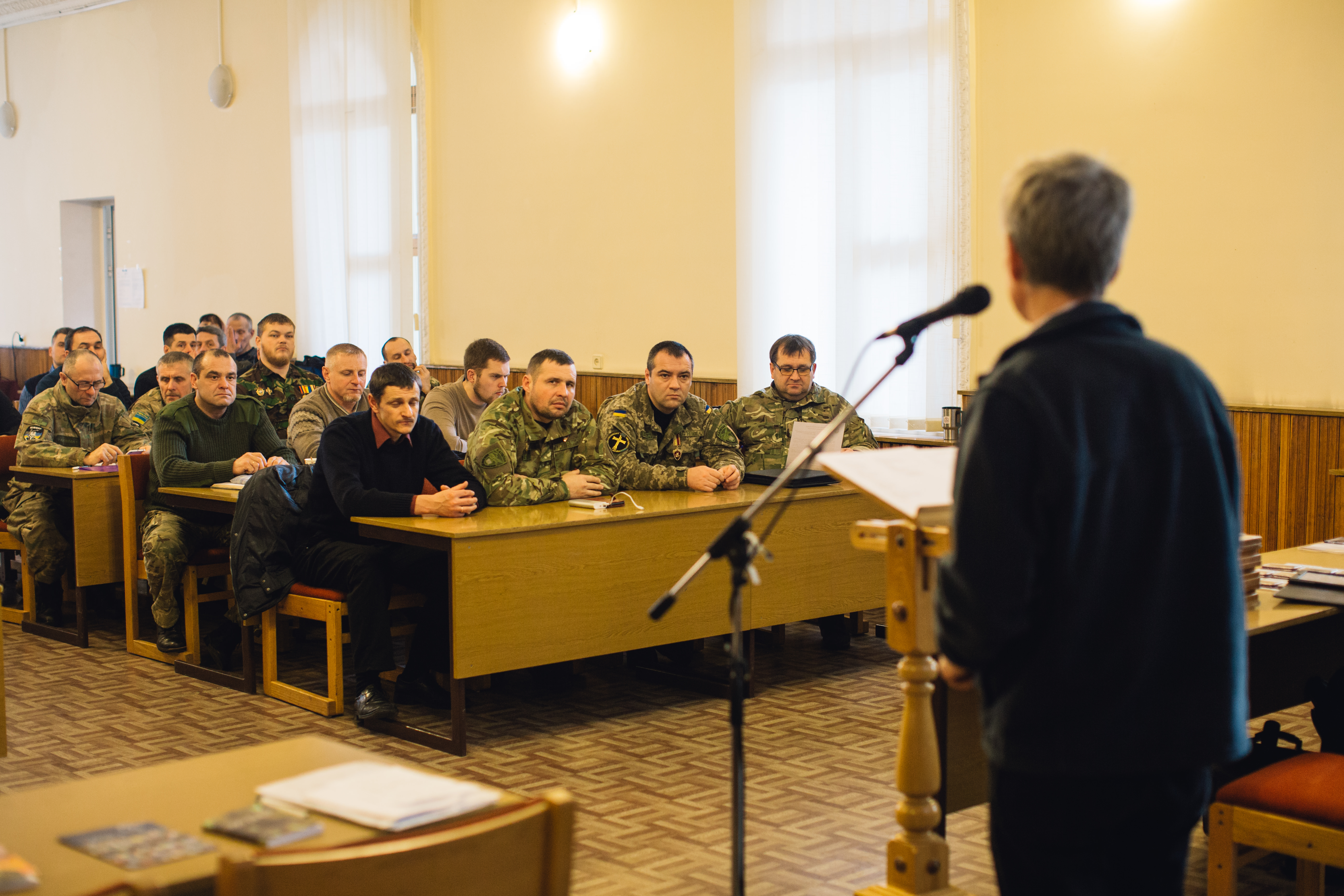 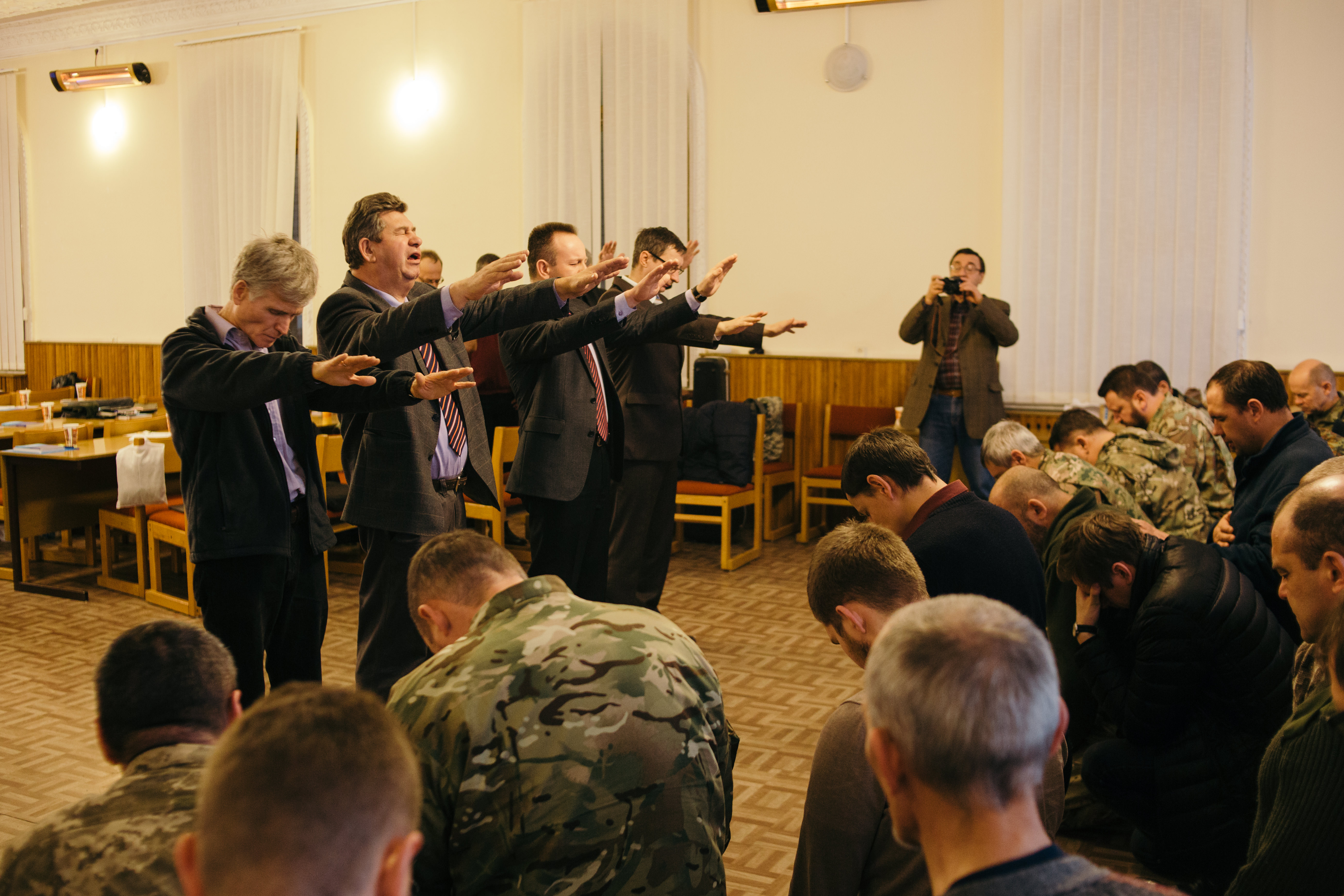 In Kyiv Theological Seminary 25-29 January 2016 held training military chaplains All-Ukrainian Union of Churches of Evangelical Christians – Baptists (the Baptist Union) with special military and medical training. In the study there were 31 chaplains, 16 pastors, 10 deacons and 5 church members from Baptist Union.
Following the study were published the following documents:
– Certificate of completion of tactical medicine;
– Driving the chaplain of the right to follow the troops of the Armed Forces of Ukraine issued from the Department of Social and Humanitarian Policy of the Ministry of Defense of Ukraine and the Baptist Union.
Chaplains were acquainted with the basics of Biblical counseling in terms of fighting.
Also, the results of studies Baptist Union President V. Antoniuk responsible for military service senior pastor in Kyiv and Kyiv region Andrashko M, assistant in charge of military service pastor – Chaplain Khimich V and Director of Pastoral-Chaplaincy Leadership V.Korenevych celebrated the dedication prayer (ordained) for a military chaplain for ministers and members of the prayer of blessing for the Baptist Union.
This study is important for our brotherhood, military chaplains have been certified by the Ministry of Defense of Ukraine. This was the first time.
Also, this event is important from the wrong point of view that was second in the history of our Fraternity prayer of consecration (ordination) on Pastor – chaplain for military service in Ukraine.
This was important as collaborating with these five organizations, and eventually joined the mission Kempus Kruseyd Fort Christ.
Probably, the most important – is that all chaplains gathered together. There are not many, but difficult to collect.
We do this to promote and strengthen evangelical chaplains in Ukraine in order to reach the truth of God where people difficult to achieve by conventional methods.

Thanks for the OBI of donations for this training military chaplains.
Let God bless you!