We were addressed by a children branch manager Uspenskaya A.V. for spiritual, moral support and material backing for young 4 kid mother. We had an appointment with her. She is 21. Her name is Ann. She was born in a small town Talne. Her mother is an alcoholic. Her step father offended his children and left them to their selves. As a result her brother is in a prison.

Her sister and Ann moved to a Moshny village. Anne’s boyfriend and she lived in a civil marriage and rented a house there. She gave a birth two girls and two boys. According to Ann the children’s father does not look after them at all and abuses the alcohol.

Children have bronchitis and some problems with bowels. The vital medicine and food were gained by the doctor’s request. We met Ann repeatedly and persuaded her to settle her relationship with children’s father to rear them together. 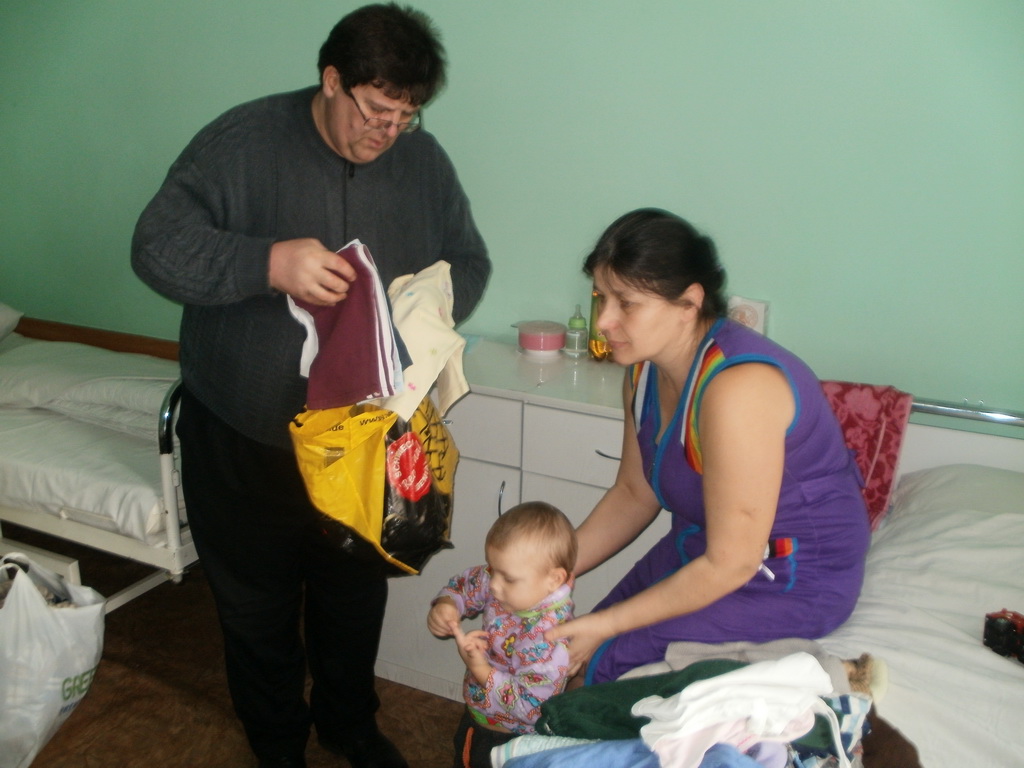 Nowadays, many the old and disable people live very poor in our country. Unfortunately, we have to add children to that sort of population. A 3 year boy, who named Zhenia, was brought to Central Region Hospital with his grandmother Julia. He had a fever. The medical staff addressed to chaplains. The boy needed food, cloths, footgear and medicine. We gained all necessary things for boy. We gave The New Testament for his grandmother as well.

We found out that the boy is rearing by his grandparents. They have an apartment in city but they live at the country side because of her narcotic dependence daughter. They can not to shear the flat with their daughter. The country side house, where they live, has thin walls and is a cold place. Boy catches a cold quite often because of this. His mother lost all his papers and grandparents have to renew all his documents. Owing to some our friends who have the open hearts we can give our help to such children.

We can see many suffering people. We always feel compassion for them. But the most poignant situation when we see suffering children. We pray about them. May they meet only kind people who can help them. 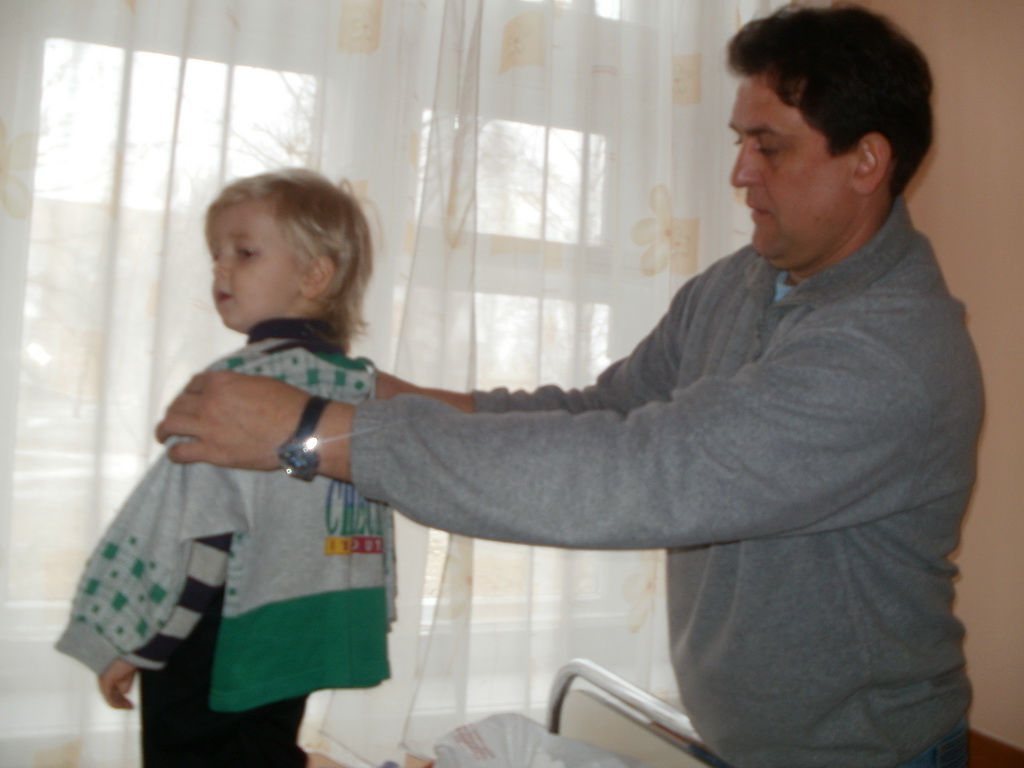 Different people have different fates. Sometimes our life gives us pleasant gifts and sometimes unpleasant. We were taken aback by a lady who we have met recently. We met her three years ago first in children department. Her name is Svetlana. She is an alcoholic.

After discussion with her husband and elder children she made a decision to take the child. Now she rears three her kids, a grandson and a nephew. The doctors and the family struggled for Victor’s life. Svetlana’s daughter gave a birth for other baby who is 7 months now.

We met Svetlana again in hospital. She was with her nephew Victor and her granddaughter Veronica. Veronica had acute bronchitis. Her eldest grandson Sergey and her nephew Victor call her mother. Nobody could take them away from the hospital after their treatment. The branch manager addressed us help them. We were happy to help them. We gave them the cloths and moved them home by car. When we arrived to their home we were surprised. There was a small house without gas heating and another facility. Even so the children are given her every attention. 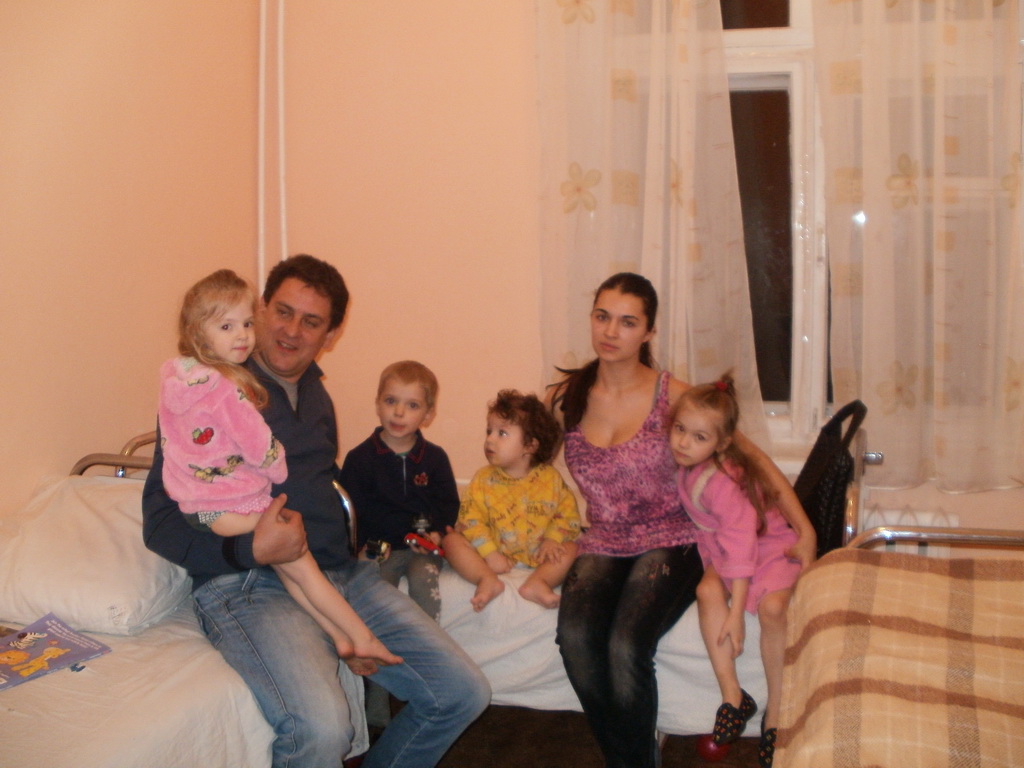