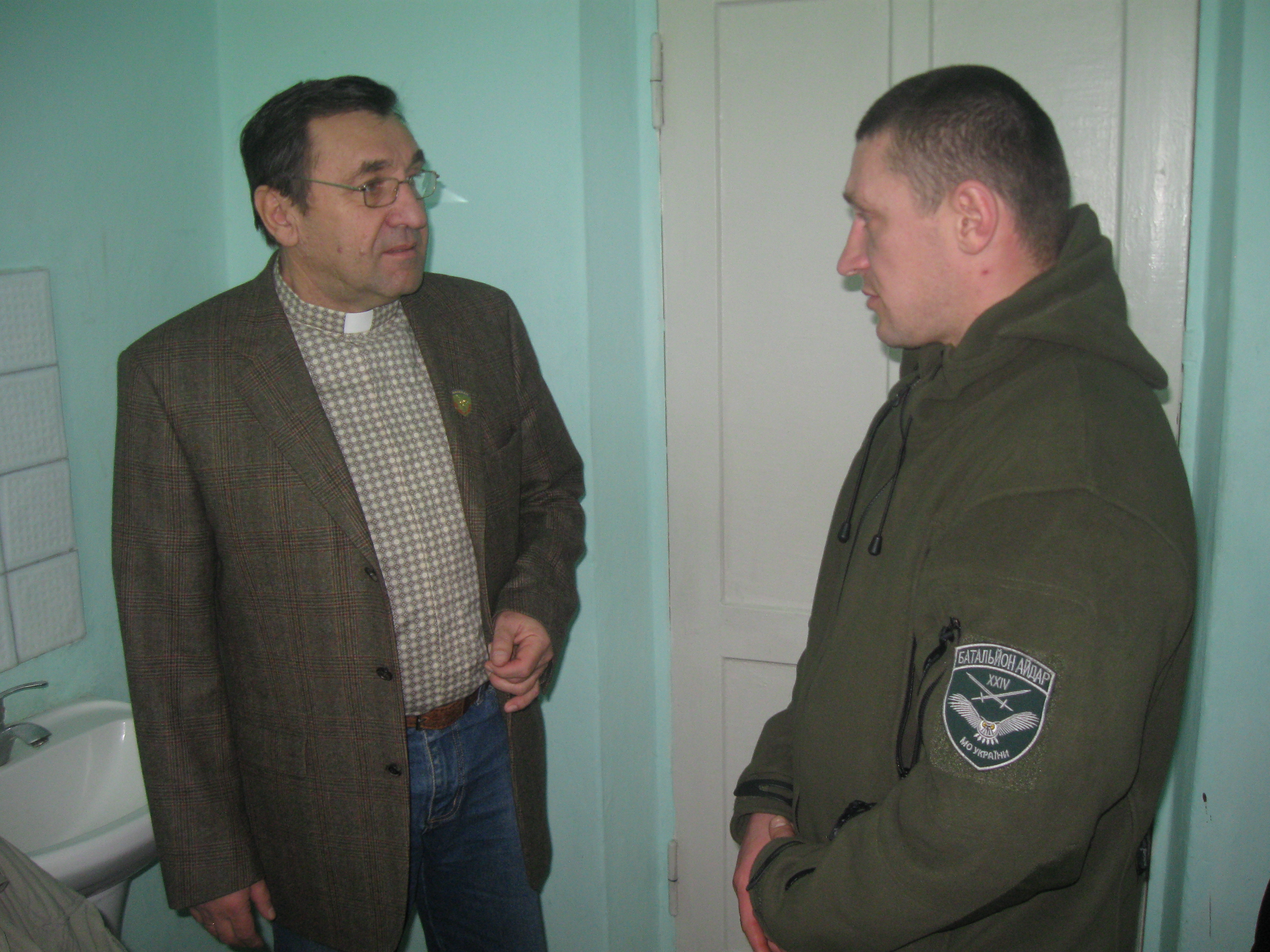 The Hospital Chaplains’ team thanks God for the service that God let it to accomplish at the hospital. We are entrusted to work with the dearest that the Lord has – human, that human who needs to hear the gospel.

Nowadays many people go through much sorrow. A hospital is a place where a person is not only in need of physical help.
Some souls have deeply wallowed in their circumstances.

People have been dropping into chaplain’s room more frequently. They want to unburden their mind. They want to be heard. Some of them ask the same question ‘Why?’.
There is nothing to be better than serving to them, sharing their suffering and eventually to point to God that gives the way out.
It is a great joy seeing the happiness in their eyes.

The new grief has occurred for our country. More and more young strong and healthy men in uniform have appeared at hospital. Some of them are wounded and contused. For sure they need our support, understanding and encouragement. Soldiers can find the appropriate atmosphere at the room of the Central Regional Hospital. Here they can be outspoken and they can appeal to God.

Alexander is an example. His leg was wounded. He is courageous and battle-hardened but he is suffering of flashback very much. The soldier who saved him at the cost of his life is always in front of Alexander’s eyes. He has opened his heart through friendly chats.

He is not suffering from feeling of guilt anymore and has recovered soon. Alexander realized that the Lord has rescued him. The pain in his leg and the damaged flak jacket remind him about this.
We met his relatives at his house when we were visiting him. It was so pleasant to see his child receiving a gift from us. Alexander had taken heart and returned to a battle field. He performed an exploit there and later was awarded by President Prize.

We met him again at hospital. This time he was wounded at an arm, a shoulder and was contused. He was also saved by the same flack jacket from the direct hit to his back.
Alexander is so grateful to God. We are again next to his hospital bed having this privilege to serve him.
Thanks for a brother William Barko who gave us so valuable training about PTSD and moral injuries.
Now Alexander has returned to the ranks.
Thanks God He uses us for helping those who are so valuable in His eyes.