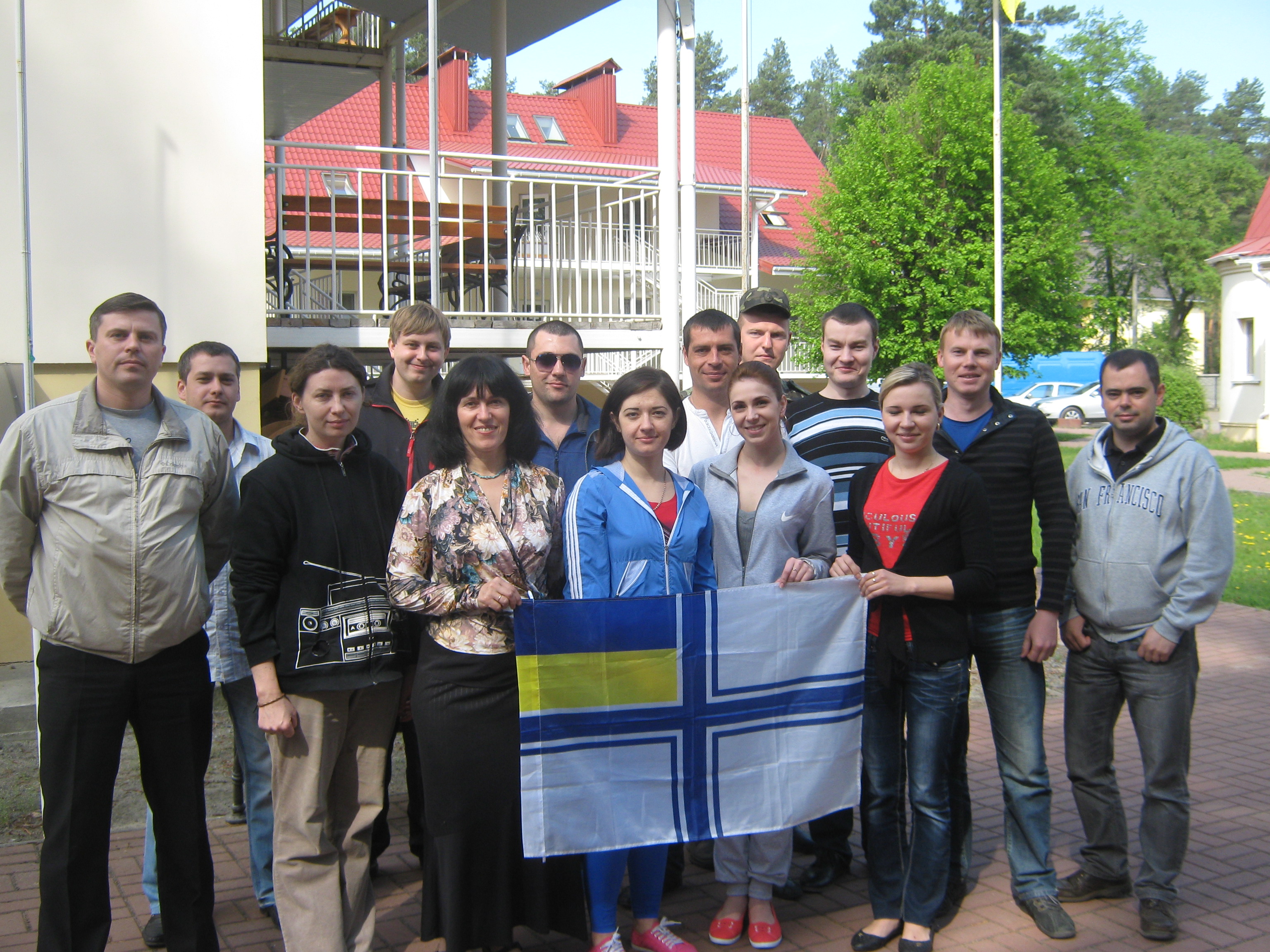 Leader of Irpin separate division “Olive Branch” Jeanne Segeda 13.04.2014 was met with officers and command of the military unit, derived from the temporarily occupied territory – from the city of Sevastopol (Crimea) after armed opposition groups. They were resettled in temporary premises in the center of the “Christian life” in Irpin city, Kiev region. Military Service apartments and the property was seized by enemy soldiers. Currently, work is underway with equipment hostel accommodation for officers and their families near the place of the permanent deployment.

The officers and their family members need spiritual support primarily because heavy psychological pressure that they stood for a few months, has depleted strength. Every day they expected the attack, from time to time carried out provocations, but they had the order to shoot. The enemies are trying to convince that in Ukraine soldiers of the Crimea perceive as traitors, tried to persuade to move to the side Russian army. Some officers broke up the family, because their wife not want to follow the men, into the unknown. The warm attitude of believers, help and support – our best witness of loving Christ.

Female officers talked about their problems in families. Impresses the story of Olga, who has two dependent children, the youngest is suffering from Down syndrome. This strong woman divides her time between the military service and care of the children. The youngest son need an operation, but in these conditions the woman is experiencing financial difficulties. About their needs and worries told the other members of this conversation.

Deputy Commander S. Lytovchenko was transferred products, collected biblical group headed by N. Commandant and offered all possible assistance in solving the current problems of his subordinates. Children of soldiers who over 13 years old are invited to the English Christian camp, “Olive branch” will pay for them.