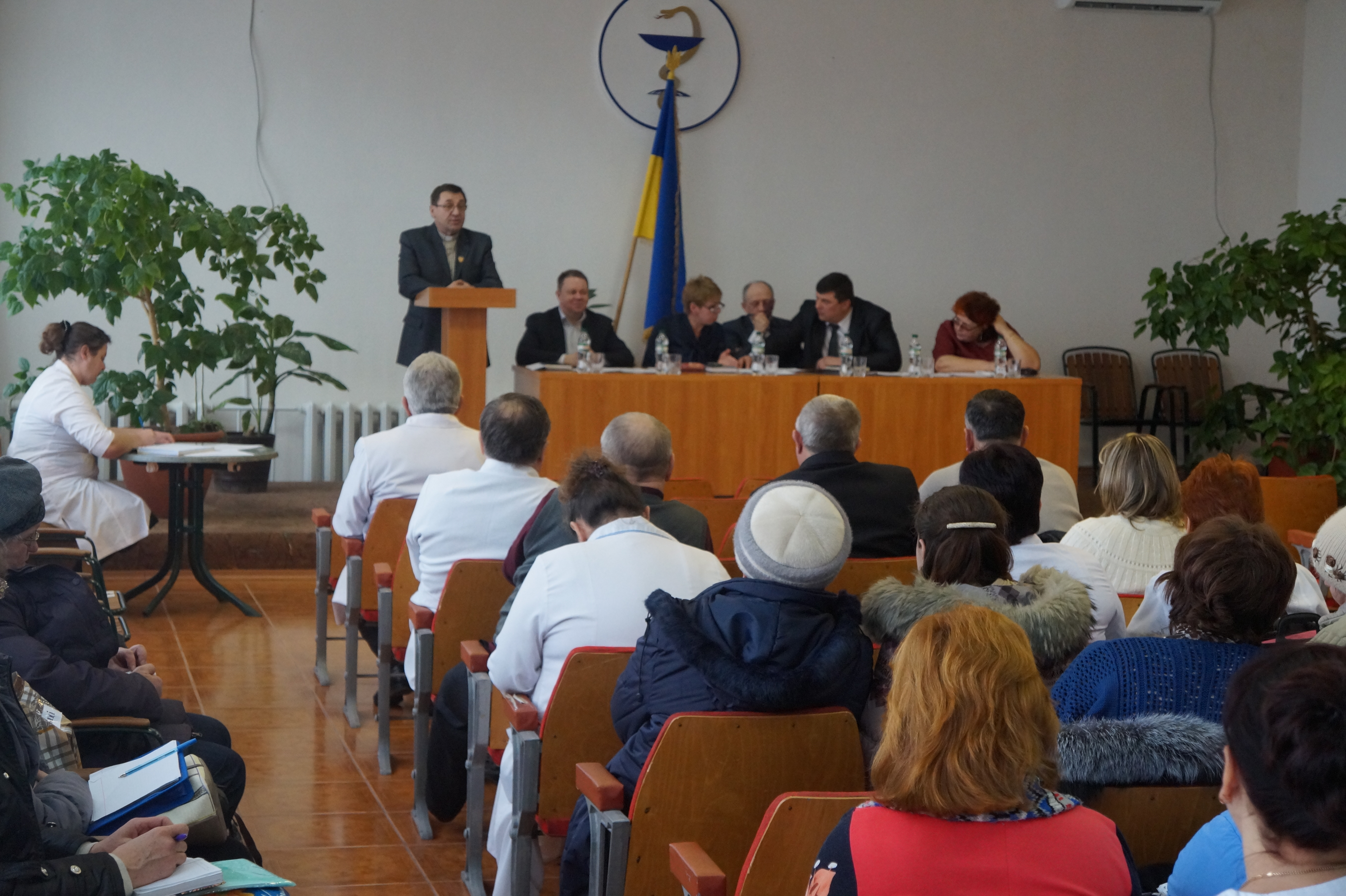 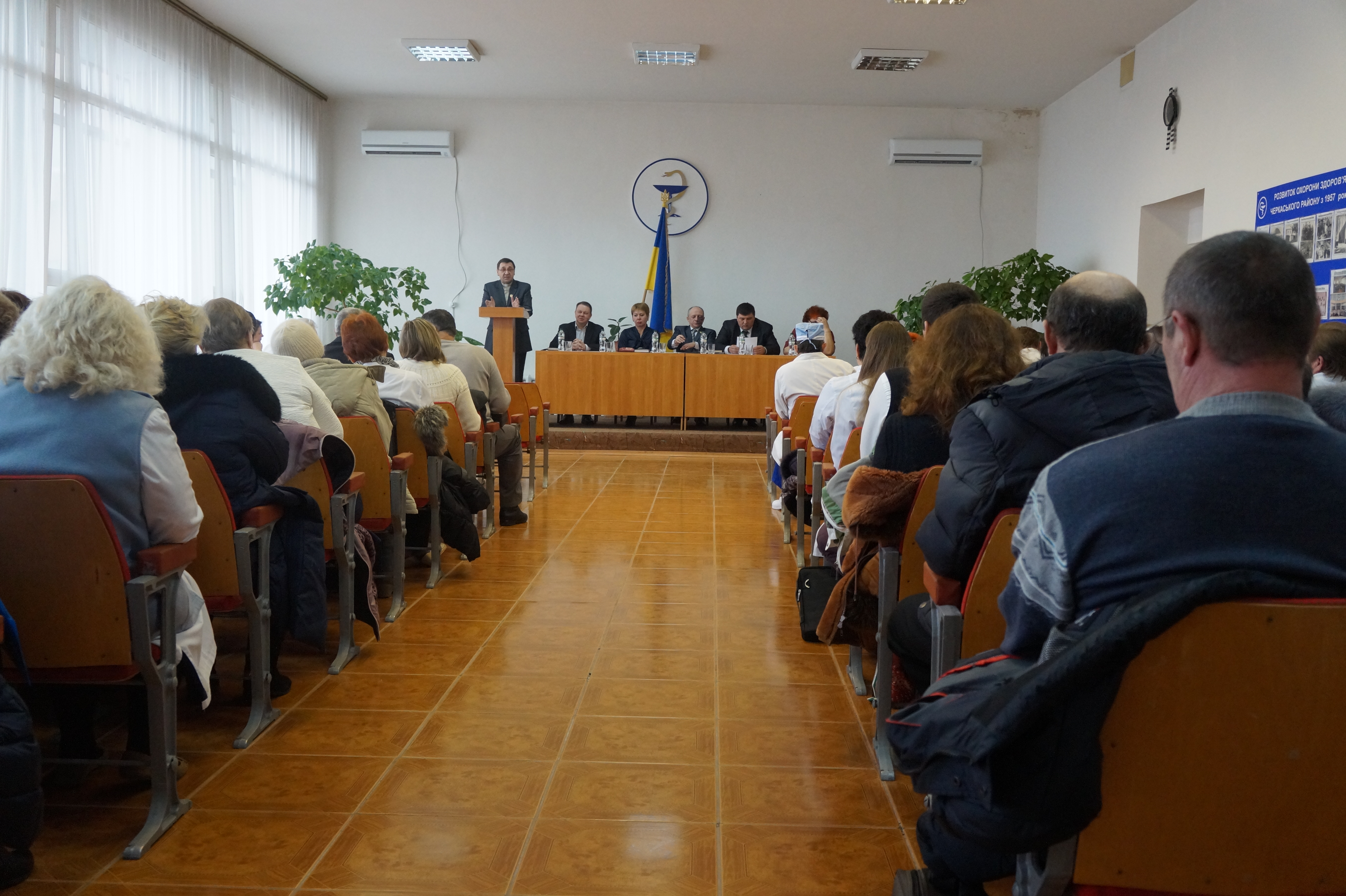 The annual concluding meeting of doctors of Cherkassy region was held at Cherkassy Central Regional Hospital in February, 11. Hospital chaplains were officially invited to the meeting. After a chief doctor has made a report a leader of the Chaplain Training Center Mikola Dudko was given the floor.

In his speech he was focusing on work that has been done during last year. He thanked to medical staff for their understanding how important the chaplains’ work is, especially for soldiers who has returned from the battle field. And in return, the doctors thanked for Christian way of treatment. Some chief doctors showed their genuine interest in chaplain service in their hospitals.