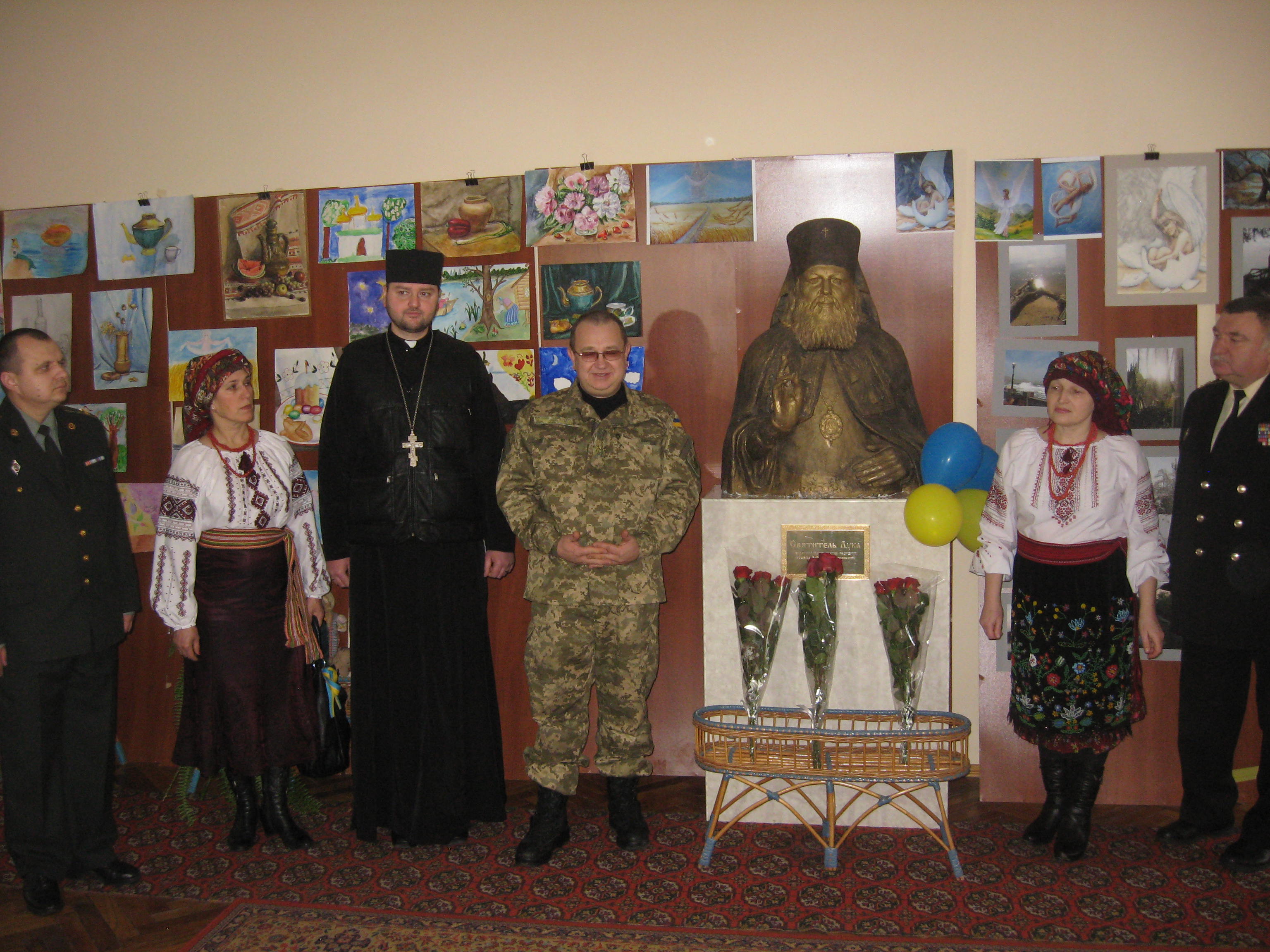 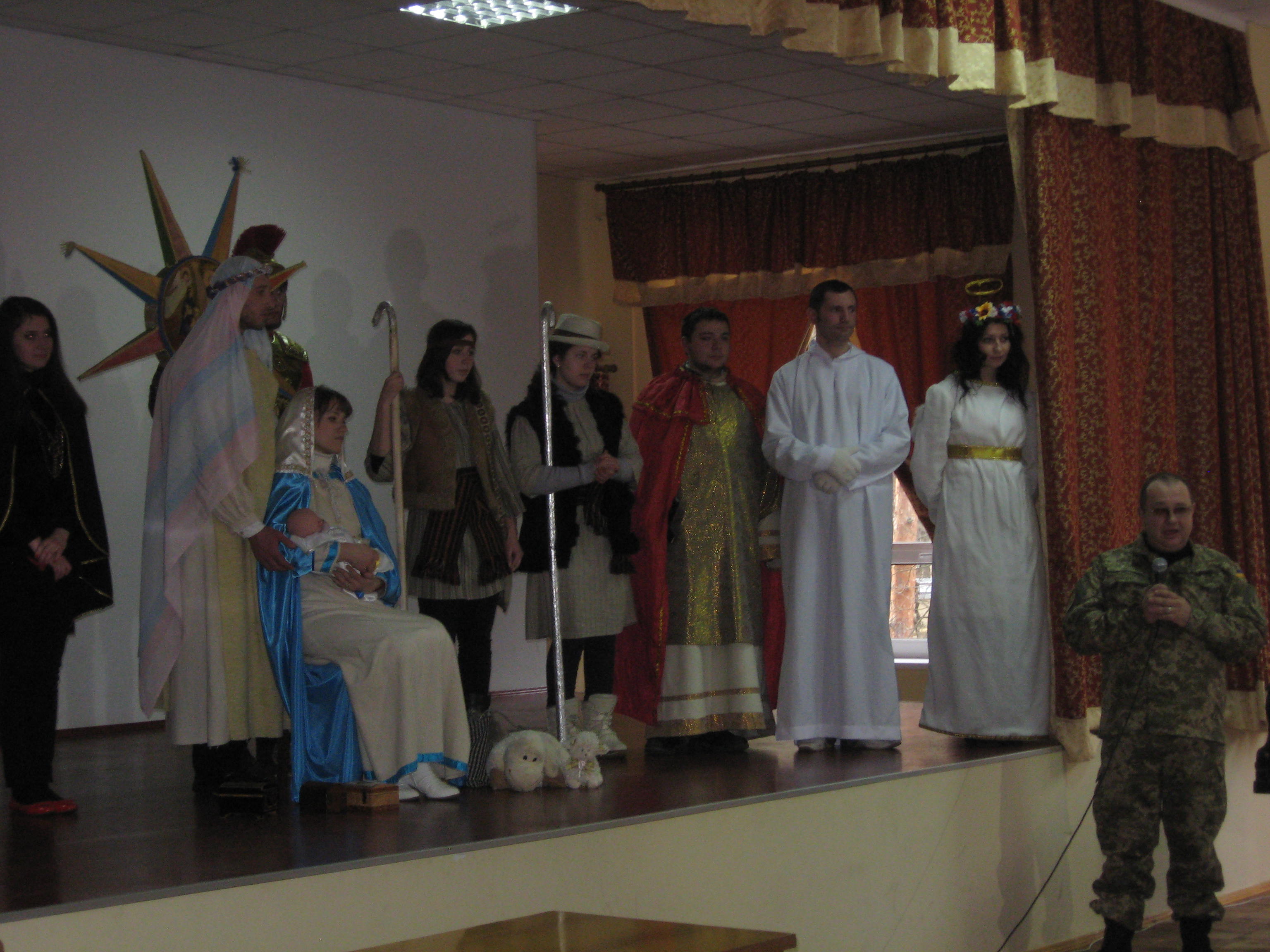 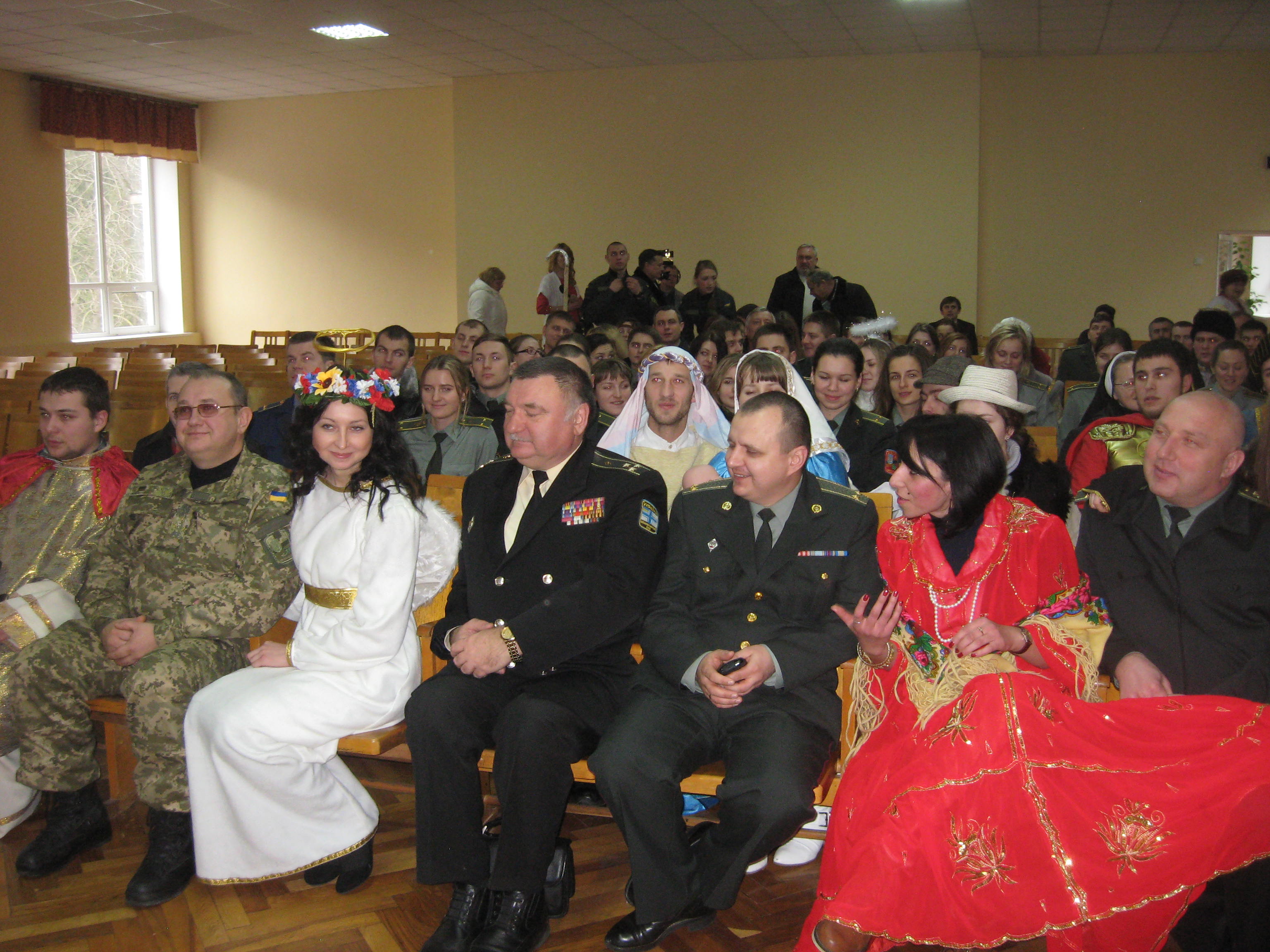 Christmas of Christ brings the hope!
In Irpin military hospital January 13, 2015 was held Christmas show performed by amateur artists among seminarians and students from the city. They were made to patients, doctors, students – future military physicians, volunteers withtraditional Christmas den – told in a theatrical genre of the biblical story of the birth of Jesus Christ. Participants noted the outstanding talent of amateur artists and their fervent desire to play through Christmas unite Ukraine. Many of those present at the event – ATO members who know the true cost of spiritual support.
It was noted truly festive mood event, free of political affiliation. “That which unites us is much more than what we are excellent. And the spirit of Christmas is such a unifying factor – said Adviser to the Minister of Defence of Ukraine, MD, Professor Vsevolod V. Steblyuk. – Belief in God gave us hope when leaving death row with Ilovaisk city, under fire every mention God’s name. And today’s holiday with a special welcomes the one who went through the war. For this festival of light, hope, joy, peace – just what most aspiring fighters. “Believing youth group for the second week traveling the central and eastern regions of Ukraine, including he acted in the area ATO”.
Present at the event Chief Military Medical Institute, MD, Professor, Colonel J. Rumyantsev, Deputy Head of Ukrainian military medical academy to work with staff Colonel I. Goncharenko noted an active volunteer work in hospitals Irpin Kyiv and expressed gratitude for the cooperation. A separate division Irpin city “Olive Branch” Ukraine regularly visit the hospital to support wounded soldiers and other patients of the hospital.