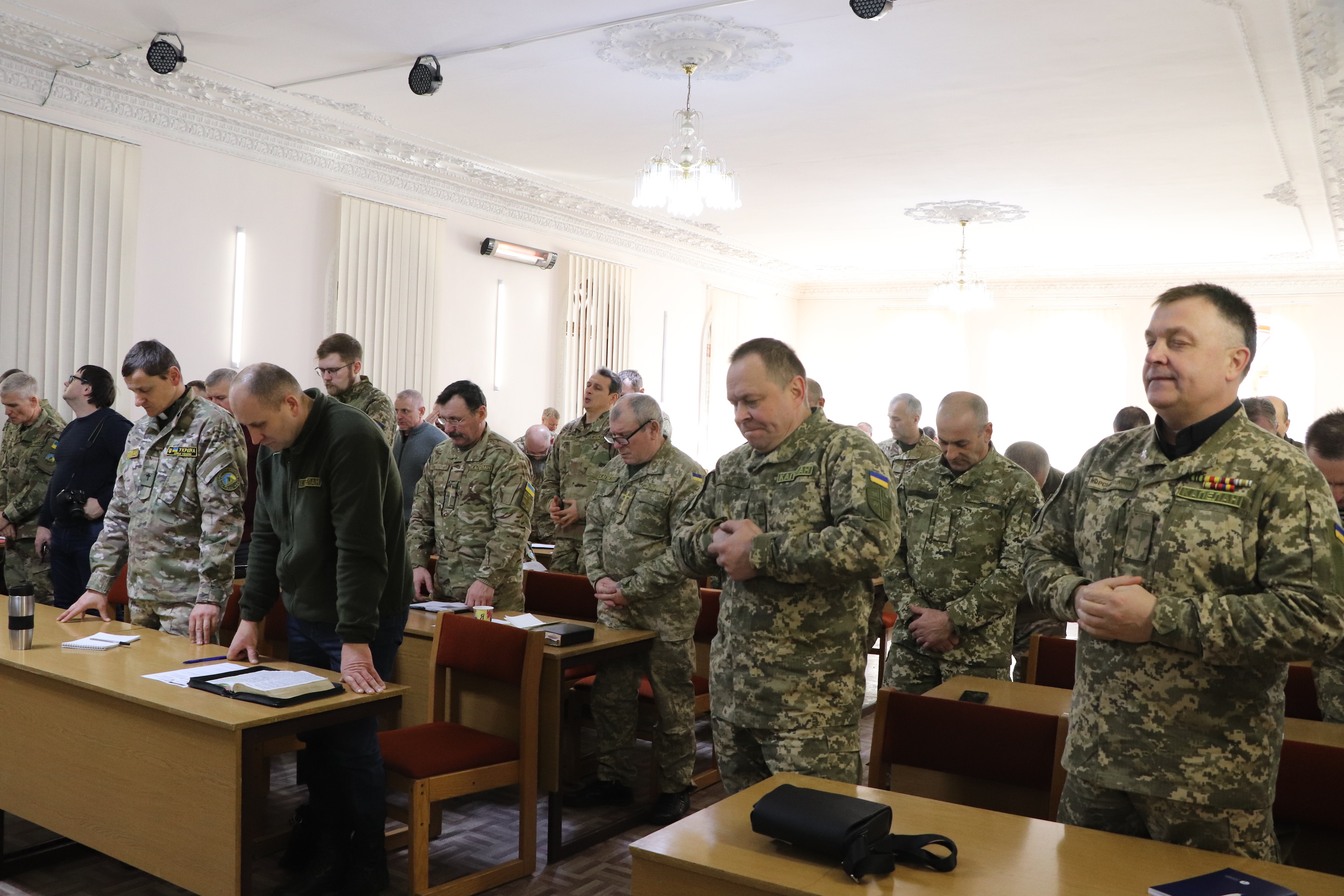 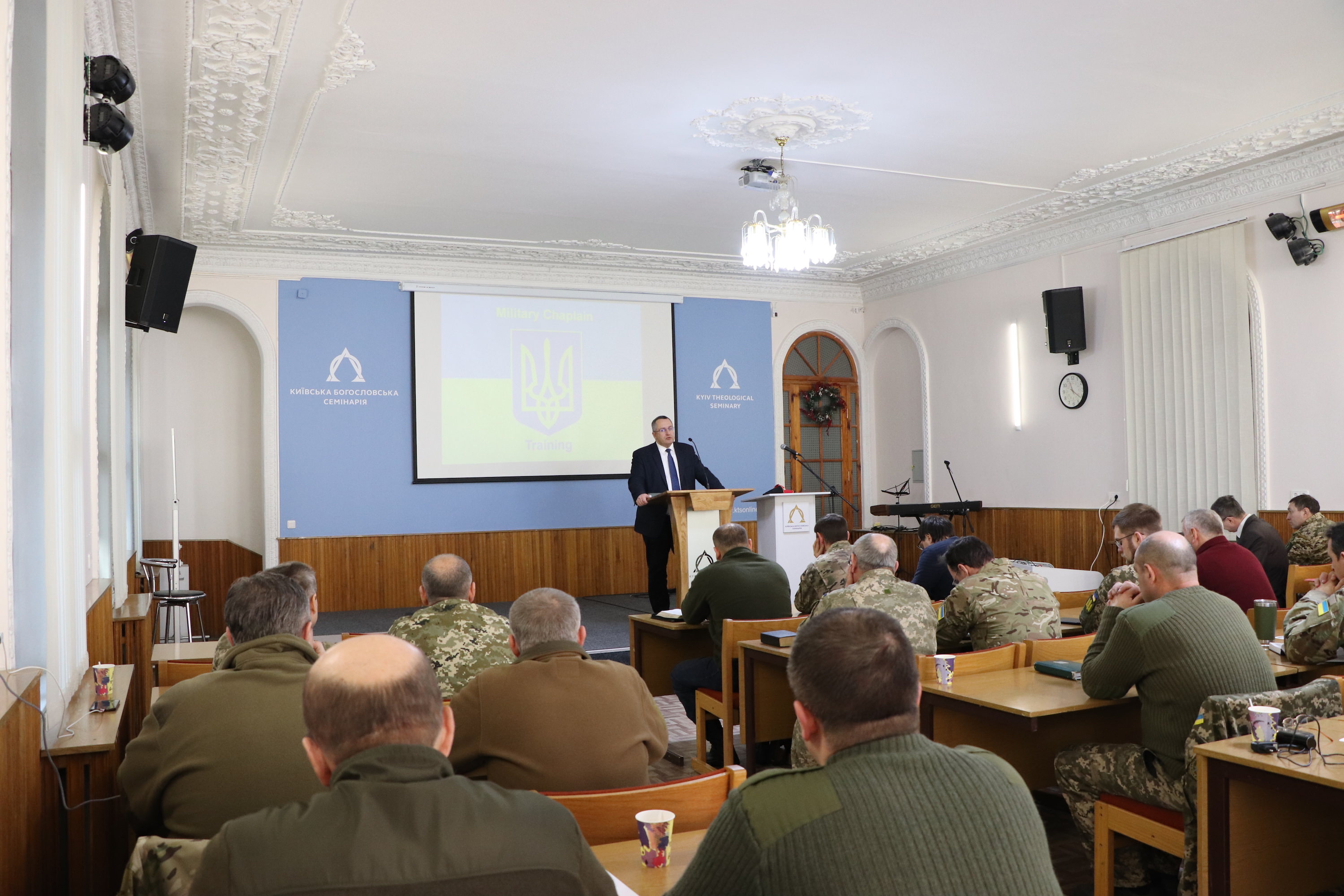 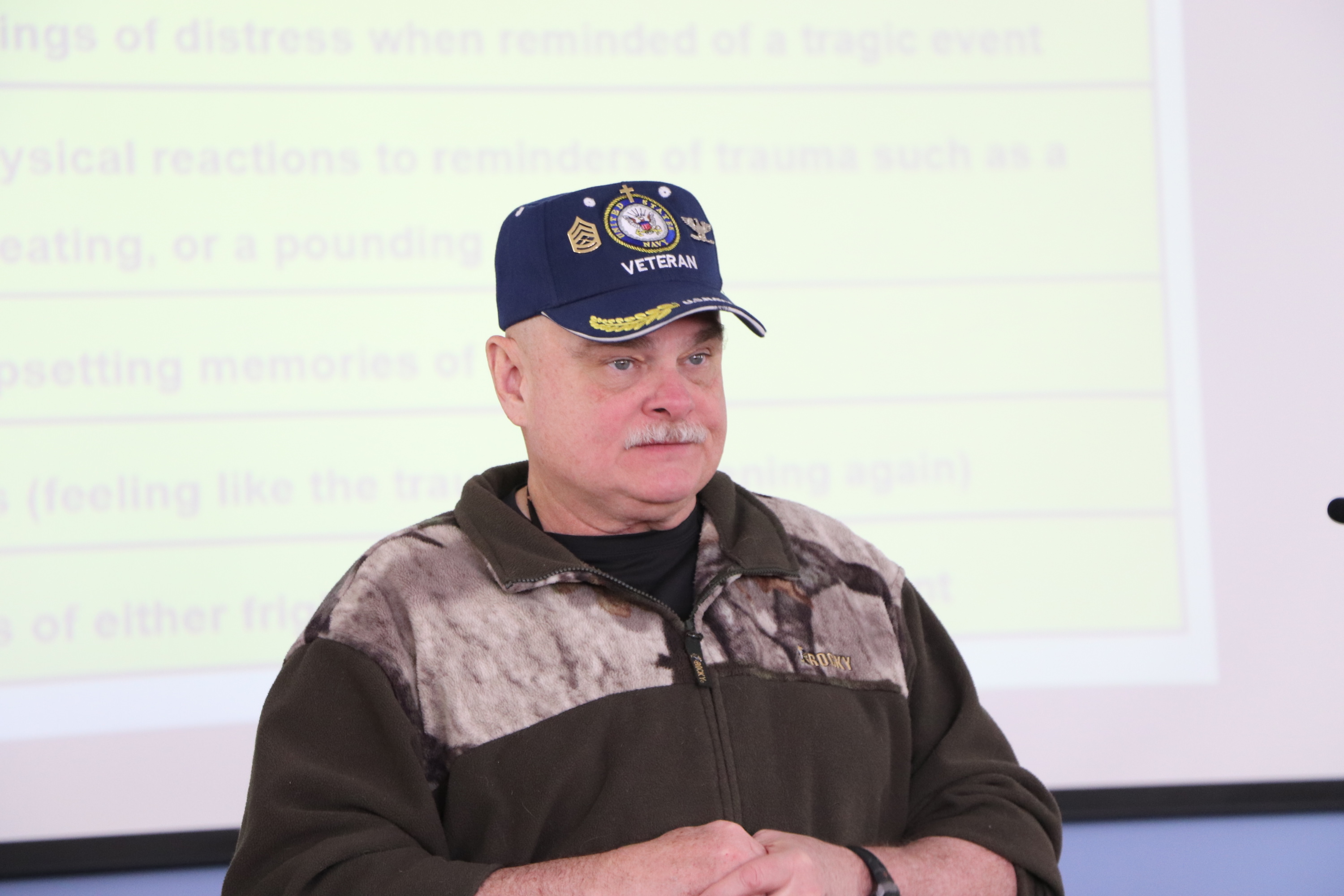 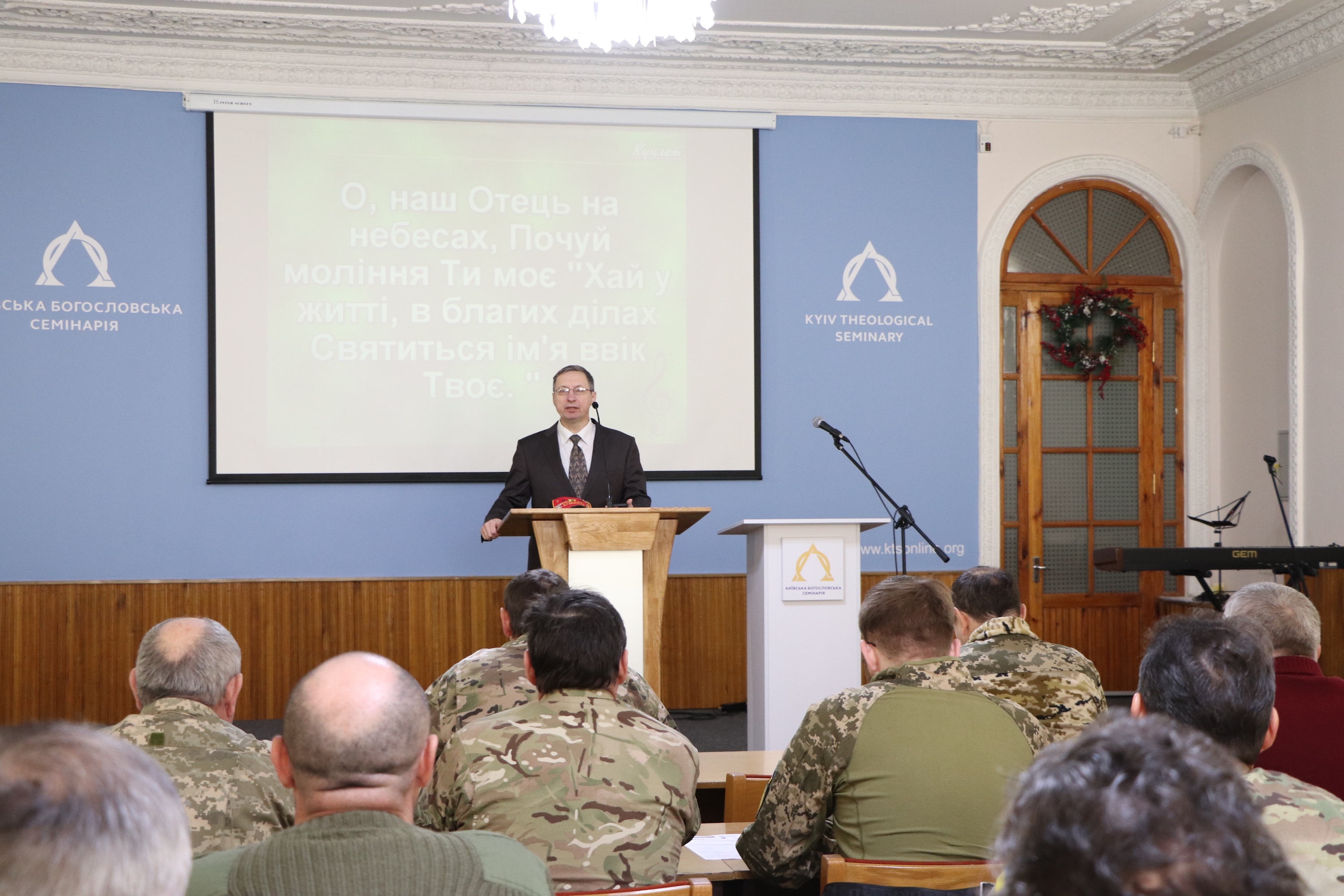 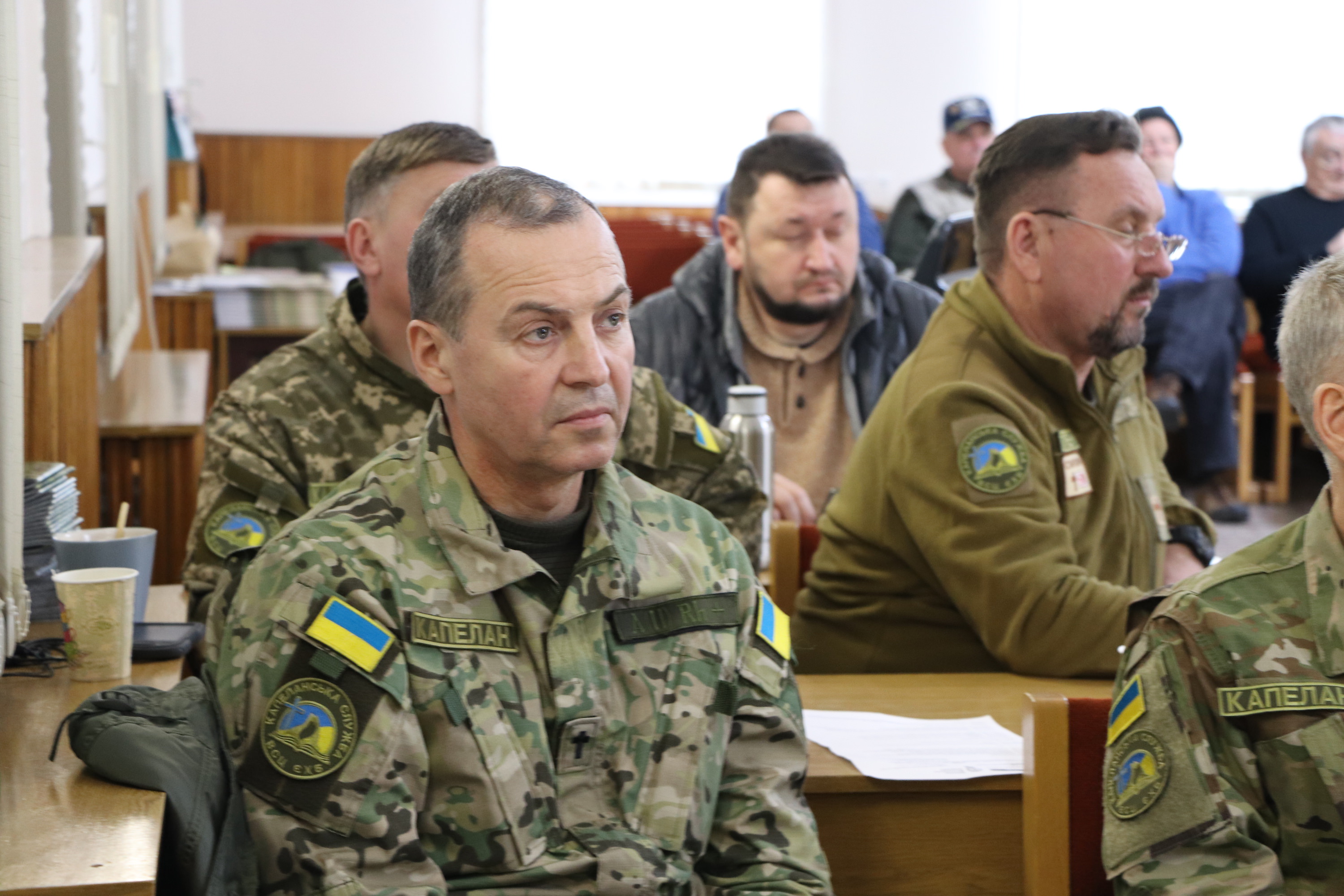 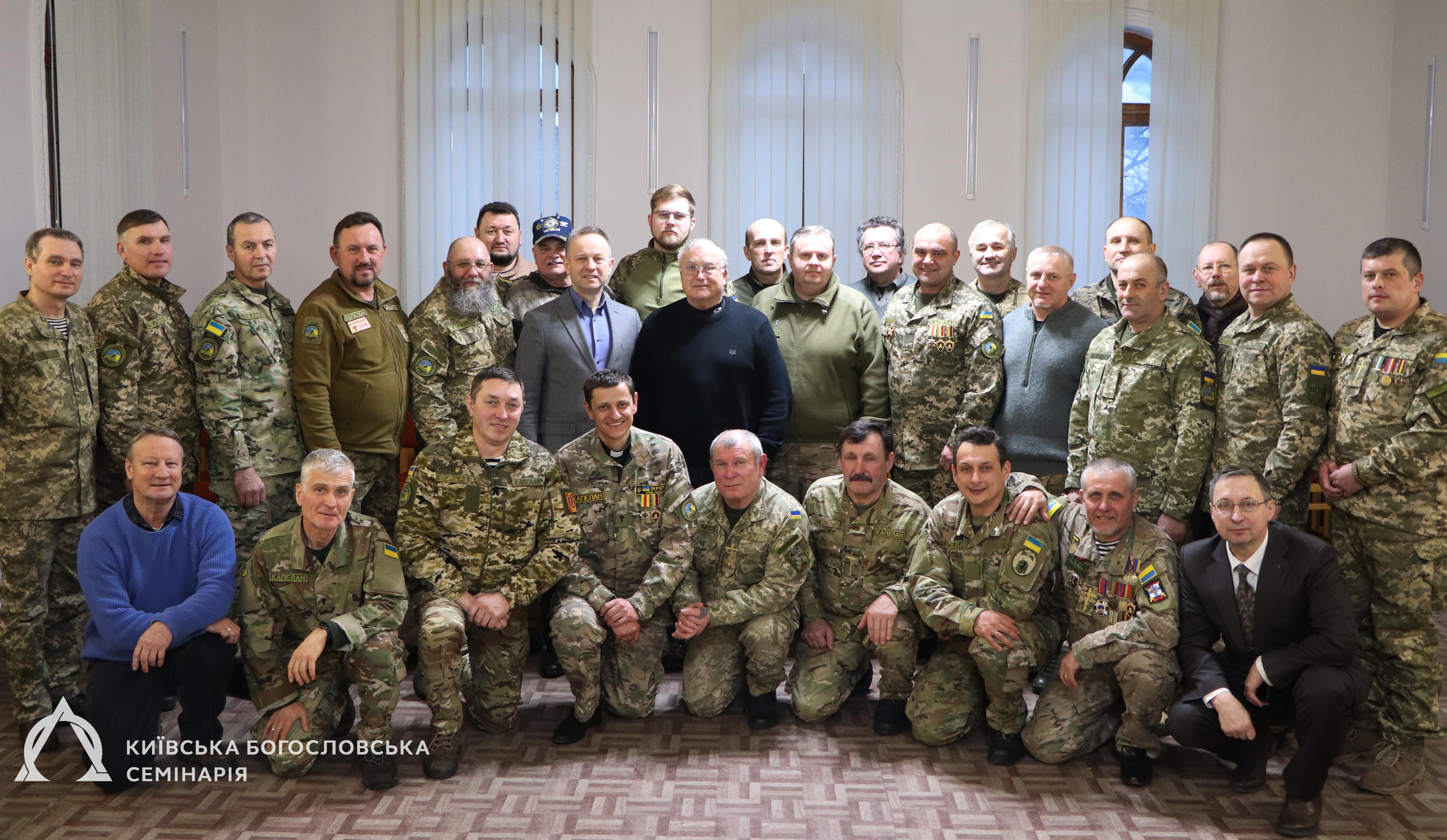 Over the past five years, the word “chaplain” has firmly entered the lexicon of Ukrainians. Although the existence of the chaplaincy does not imply a mandatory course of war or military action, since chaplains are needed in the penitentiary service, in hospitals, in the army – wherever there are people who for one reason or another are limited in access to meeting their spiritual needs, in our society, the question of chaplaincy has gained special importance precisely because of the beginning of hostilities in the eastern part of the country.

Today, the government is approaching the churches and has created a legal ambush to serve chaplains in the army. But the issue of the lack of a sufficient number of people who can handle chaplains in a professional way is still acute. Therefore, the Kyiv Theological Seminary has a baccalaureate Pastoral-Chaplaincy program, where you can get professional chaplaincy training, as well as a special training workshop for active military chaplains every year.

During two days of study, were discussed important topics of the chaplains. This year, the main speaker of the workshop was Bill Appleton, the Chaplain of the United States Navy, a specialist in leadership and PTSD, a captain of the 1st rank in retirement. An experienced military officer shared with the chaplains the experience of his 39-year service in the United States Navy (of which 28 years was chaplain). Among other things, such important topics were raised as: the mission and functions of the chaplains in the army, especially in the area of ​​hostilities; cooperation with the commander and interaction with the soldiers; practical assistance to the military in everyday matters on the line of contact; various types of stress and the difference between post-traumatic stress disorder and craniocerebral trauma (similarity and difference of symptoms); support for comrades and the family of an injured or dead soldier.

With greetings and encouragement to the chaplains, the rector of the KTS Ruslan Khvorost, the pastor of the Church “Transfiguration”, Peter Marchenko, the senior chaplain of the Ukrainian Military Baptist Union Vasily Khimich, the director of the Pastoral-Chaplaincy program at KTS Valentin Korenevich, the president of the, Ukrainian Baptist Union Valery Antoniuk, President of the «Olive Branch International» Bruce Kittleson.

The conference ended with a prayer of blessing and a request for God’s grace and protection for the chaplains.

Some chaplains shared their impressions after studying: “We are brothers and we have a common goal, similar experiences, challenges and problems, we do one thing. During such meetings a special atmosphere reigns, unity and fraternity are felt. These meetings provide an opportunity to share experiences, learn from each other. Prepare, as far as possible, the situations that may happen to us during our chaplaincy, as Bill Appleton said, the chaplain’s motto of the US Chaplain – “Called To Serve”, the motto of the Ukrainian chaplain – Being Close. We constantly remind ourselves of this and other chaplains.” Chaplain, KTS teacher at the Pastoral-Chaplaincy program, Alexander Petrenko (2011, Bth, 2014, MA).

“In addition to good brotherly communication, we had the opportunity to study at a person with such a great experience of ministry. Of course, we exchange experiences with each other, but to listen to the chaplain from the United States, where the institute of chaplaincy has existed for many years, this is a completely different level. Most of my time in my chaplain’s ministry is in the Mechnikov Regional Hospital of the Dnieper city and in the military hospital, where seriously wounded warriors. During these two days of training, I have heard a lot of practical advice that I can use in my ministry, both in the hospital and in the combat zone. Our task is to be close, as Bill Appleton said, we have ears and eyes of the commander. ” Sergey Amelin, Dnieper city, a chaplain in 36 brigades of the Marine Corps hospital and the Mechnikov Regional Hospital in the Dnieper.

“Bill Appleton is not just a theorist, but a practitioner. He gave such devices that I can use in my ministry. As Bill said, sometimes a warrior who is going through certain problems, you don’t need to say anything, just be near him, sit down in silent. And then the conversation will develop. And what Bill said was often a confirmation of my own conjectures and observations. The words of the experienced chaplain helped me to establish myself in my thoughts, gave answers to certain questions and broadened my understanding of chaplaincy. I also saw in what areas I still need to work on myself.”
Peter Ryabchuk, chaplain at the 73rd Maritime Special Operations Center (73 ICRC), 1st year student at the Pastoral-Chaplaincy program at KTS.